A friend of mine got married and I told her to “be careful about that.” She was furious with me saying that I was questioning her choices and had no right to do that. I was dumbfounded that she would be angry at my comment. Since then, I have been thinking about it a lot. Now I want to say to all women, getting married? Be careful!

Why do I say that? Marriage has evolved from the ownership of women by men. Men used to own women like they do cattle or dogs – and in some countries still do. They owned not only her body, but everything that belonged to her including clothes or inheritance and everything that came from her work including income and children. They could kill the woman with no penalty and beat and rape her at will and when tired of her, put her into a mental hospital. She lost her name, her identity, her civil status, her property, her children and often her life.

Many of the current “customs” of marriage sprang from that ownership. The ring showed you were owned and tied you to your husband forever. The best man and groomsmen were the men who helped the husband kidnap the wife and hold her for thirty days thereby owning her. The bridesmaids were the women who tried to stop her from being kidnapped. The rice was for the woman to be fruitful and bear the husband many children. Carrying over the threshold meant you were now imprisoned in that house forever. In several countries today women cannot leave the family compound without male accompaniment or ever.

But it has all changed you say. Not really. It’s a nicer, kinder ownership in marriage but it’s still ownership. The woman doesn’t have to lose her name, but most do. Women could not get credit cards in their own names until the 1980s. The last law allowing men to beat women without criminal punishment was repealed in Pennsylvania in 1989. The laws allowing men to rape their wives didn’t get repealed until as late as the 2000s. In some states, men still have the right to control all the family property including her earnings and property. For the last 40 years and counting, if abusive men ask for custody of children, they get it 62% of the time or more.

Men still do only about 10% of the housework. Younger men are better with taking care of babies but too many still consider it babysitting.   When women get married, they often let go of the social structure they had and “cleave” to the husband. Lesbians are terrible for this and often leave behind years of friendships and support groups to cling to the “one true love.” They often disappear completely from the lesbian scene only to re-appear years (or months) later when the relationship ends. But they find that the friends and groups have moved on and it’s harder to reintegrate into the structures that once supported them. 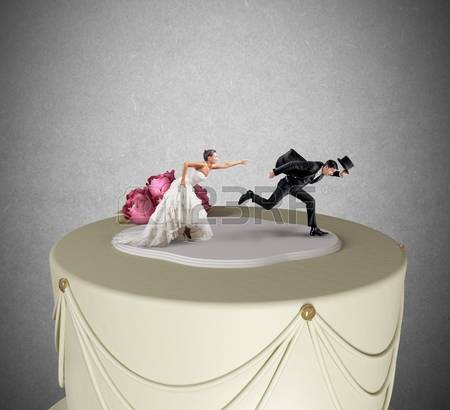 But worst of all is when women lose their dreams, their personality, their confidence, or their belief in themselves. I’ve personally seen it over and over with friends and relatives and work mates. After a divorce, it often takes a while for the woman to find herself again.

So yes – be careful. Don’t subordinate yourself to or for the husband. Don’t give up your friends and social supports. Don’t take on all the expenses or all the housework. Don’t lose ”you” in “us.